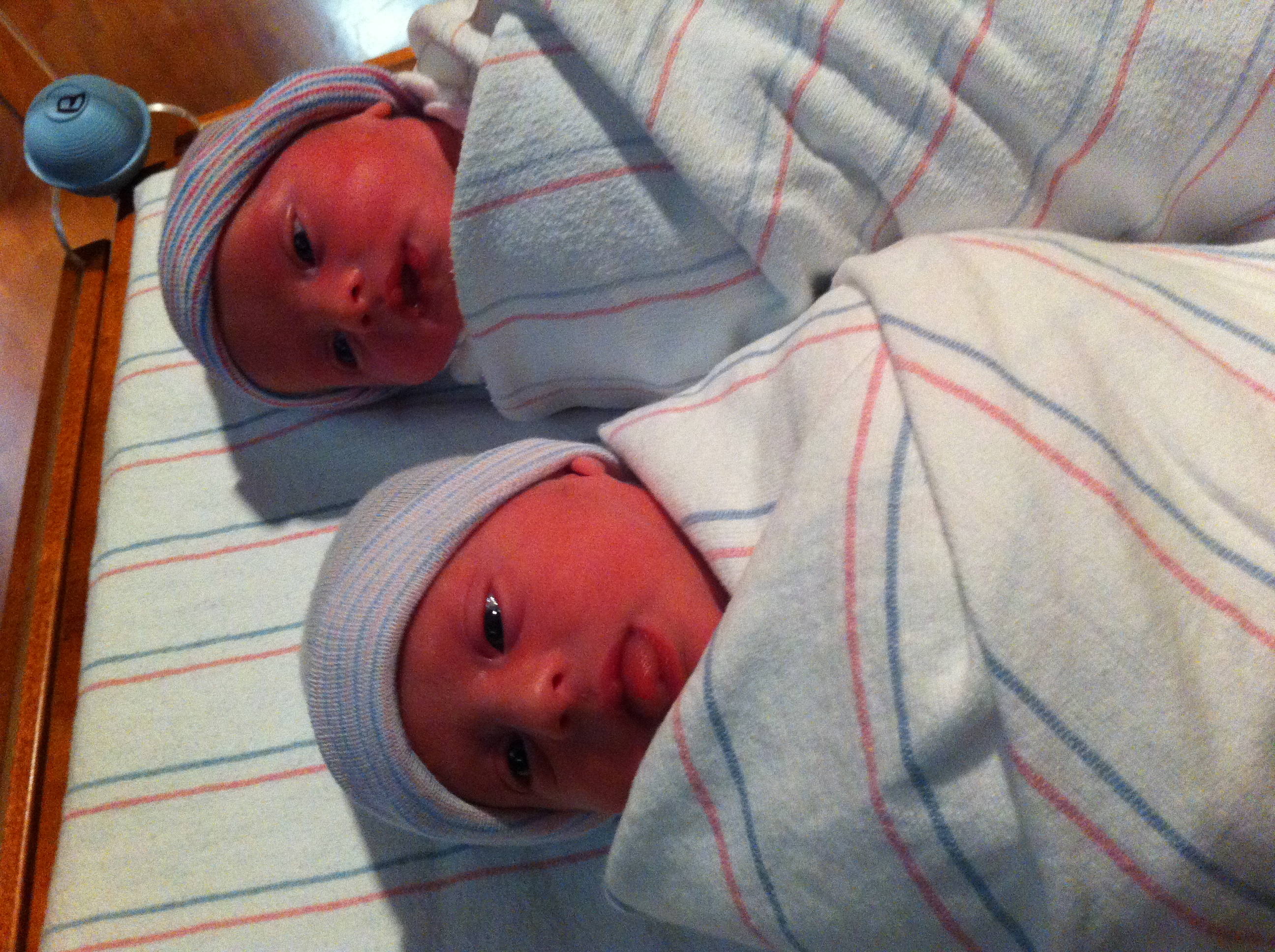 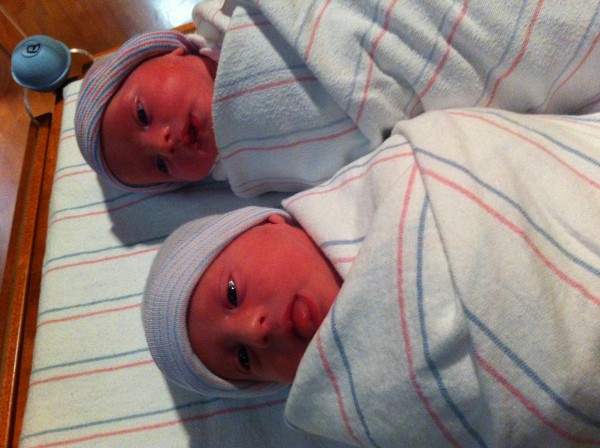 This morning, my wife went in for her routine doctor’s appointment. The twins were at 35.5 weeks, just past the huge milestone of 35 weeks. When the doctor examined Keri, she found that she was already beginning to dilate, and Dr. Evitt was concerned that Keri’s water might break if we chanced waiting any longer before doing a C-section.

This fear was validated when she checked Keri again a few minutes later. She had already dilated several more centimeters and had moved into active labor. Today would be the delivery day for our identical twin boys.

About an hour later, after a quick setup, Keri and I were in the surgery room, and the doctor performed a C-section. Although both babies were entangled with the umbilical cords around their necks, they were both fine at birth other than lung issues because of their early delivery. They were born at 3:02 & 3:04 pm. The first baby weighed 5 lbs, 9 oz, and the second baby weighed 5 lbs, 7 oz.

From there, they took both babies back to the nursery to watch them. For a several hours it was totally up in the air as to whether or not they would need to be transferred to a hospital for care, but they gradually improved, and at 8:30 pm, they were brought back to our room for the first time.

As I write this, Keri and the twins are resting, and everyone is doing great.

Thank you for your prayers!

PS – Hopefully by this time tomorrow we will be completely settled on their names.

6 thoughts on “Our Twins Were Born Today”