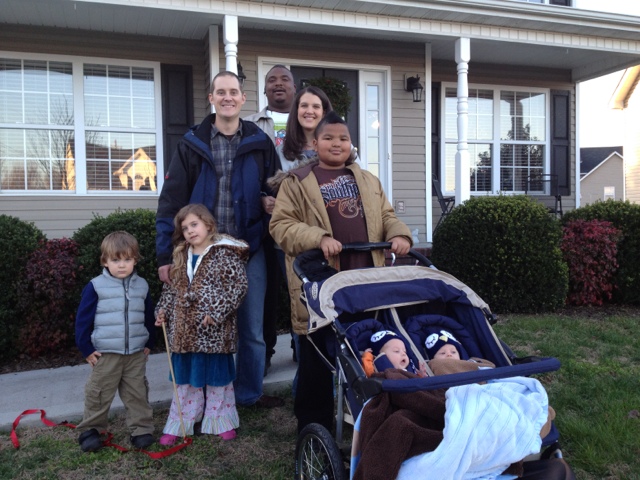 For over year now, I’ve been in a mentoring relationship with a young man named Anthony. What started out as a partnership through Kid’s Hope (a school-based ministry that meets one hour per week), has now also become an outside-school relationship through Big Brothers International.

Unlike some kids in these programs, when I first started meeting with Anthony, his parents were married, very supportive of his education, and very involved parents. Honestly, there were many times when I wondered in which particular way I would have a positive influence on him since he is already an exceptional student, is socially outgoing, and is very kind and considerate.

The term brother, is really quite fitting, since that is the type of relationship we have.* I am his buddy: a friend who’s there to hang out, play games, and have fun. But until last month, I truly couldn’t imagine the divine potential our relationship could have until Anthony’s mother died unexpectedly of a heart attack.

The photo above was taken on Christmas Day, after sharing a lunch together with Anthony and his dad.

So I write this post for those of you out there who would consider stepping out of your comfort zone to enter into a mentoring relationship. Even if you feel that your time is limited and you question what it is you have to offer, I would encourage you to take a leap of faith, and see what God has in store.

* But maybe not little, since he’s only eight years old and nearly as big as me.