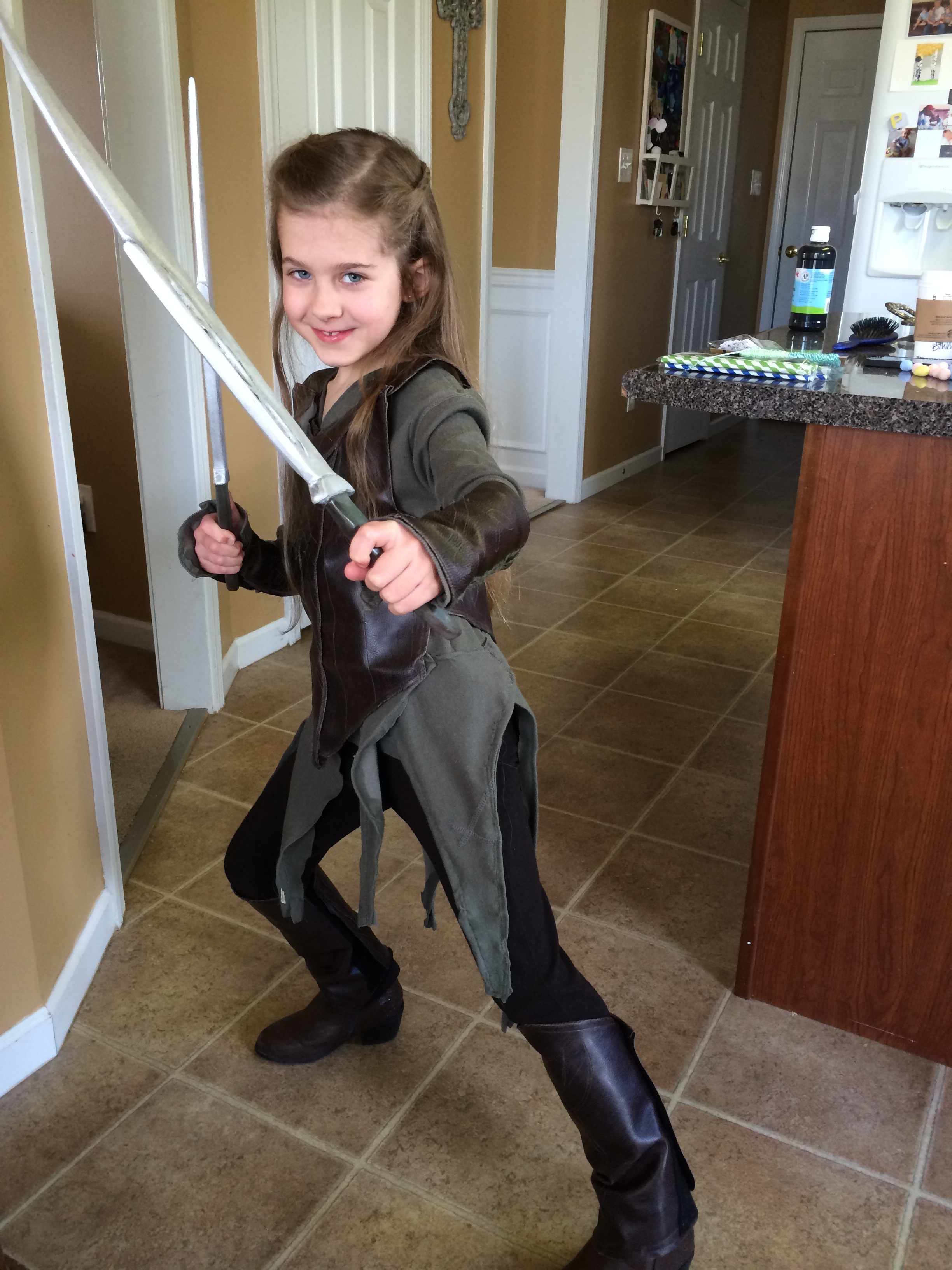 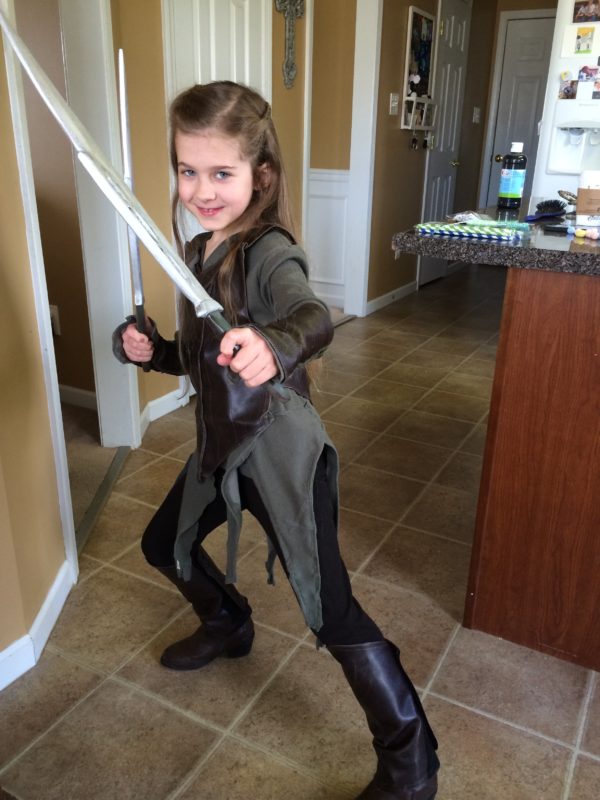 Both my daughter and oldest son decided that they wanted to dress up as Lord of the Rings characters for their birthdays. My son’s costume (Frodo) was easy to pull together using a costume and elements I bought online, but when my daughter decided she wanted to dress up as Tauriel, the fighting elf lady from Peter Jackson’s The Hobbit movies*, I discovered that there aren’t great costumes for that character.

So, I made it myself using some wood, an old green shirt, some fake vinyl leather (on hand from my Boba Fett costume), and a store-bought leggings and boots (both on clearance). 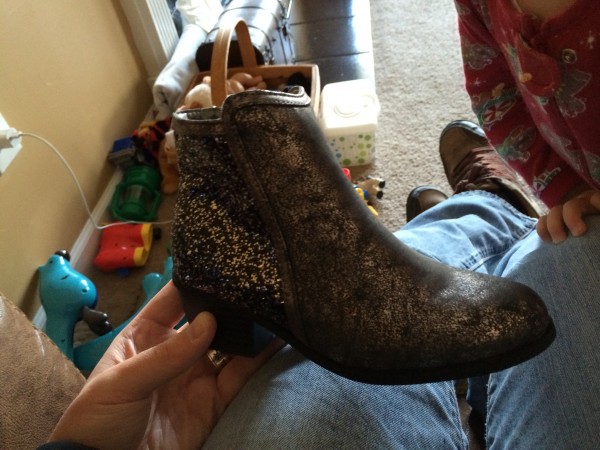 This gray sparkly boot was pretty far from what we needed, but some brown spray paint did the trick nicely. 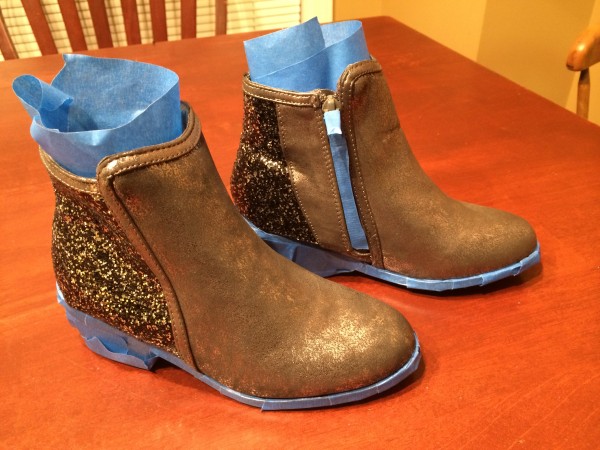 Masking off the soles and insides of the boot – to get them ready to paint. 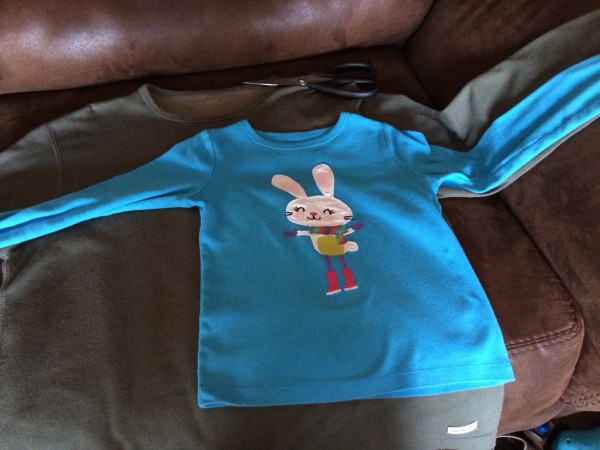 I used one of my daughter’s shirts as a starting point for the dress. We were very limited on fabric, so I ended up using pretty much every bit of my old shirt. 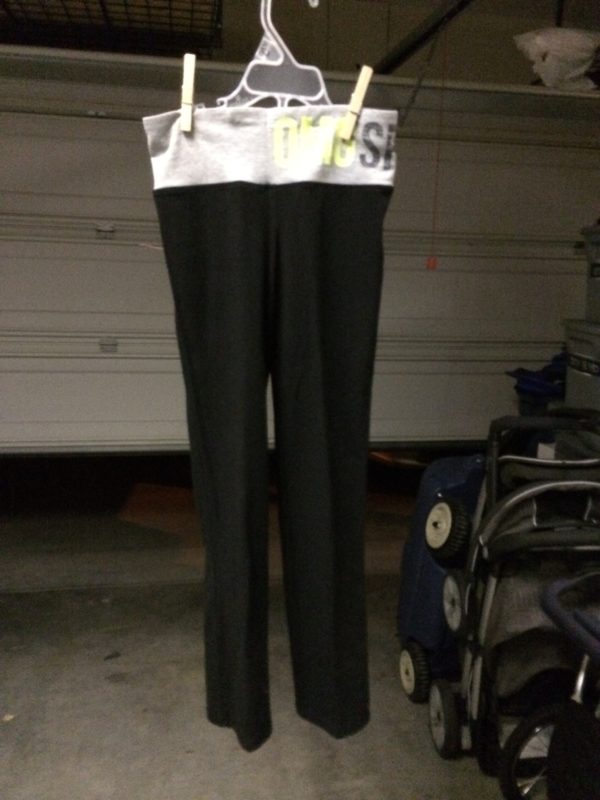 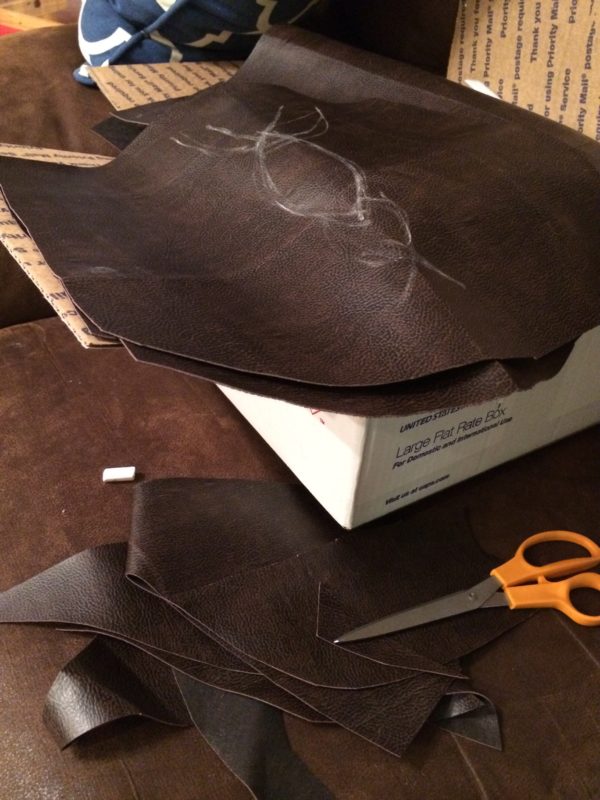 Preparing the “leather” parts. Here I’m making the upper part of the boots. 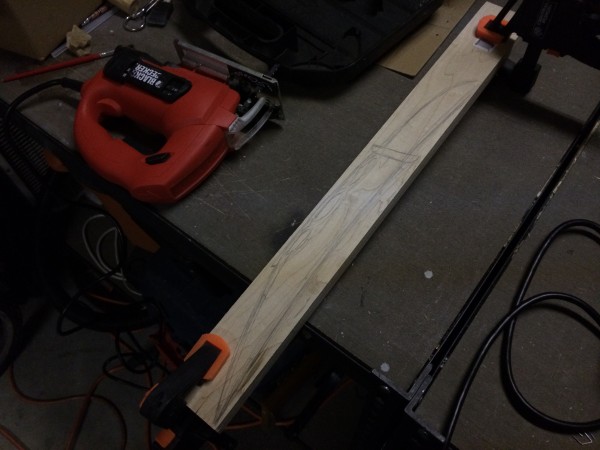 Drawing out the first dagger. 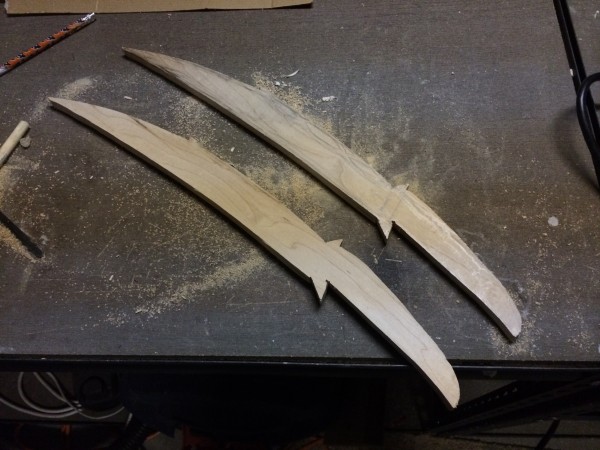 I clamped the boards together and used a reciprocating saw to cut them out. (One day I’ll have a ban saw.) 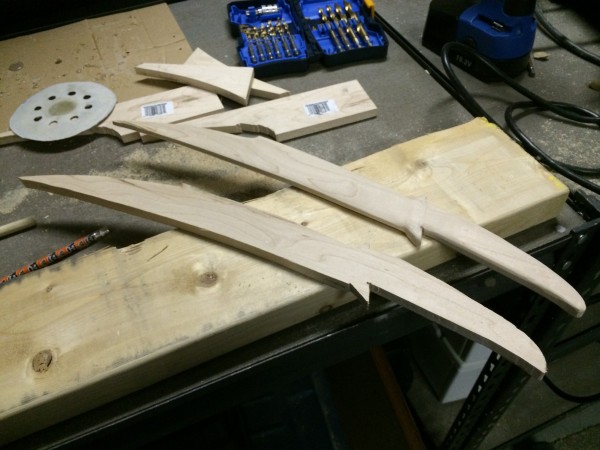 Shaping out the top dagger using a sander. 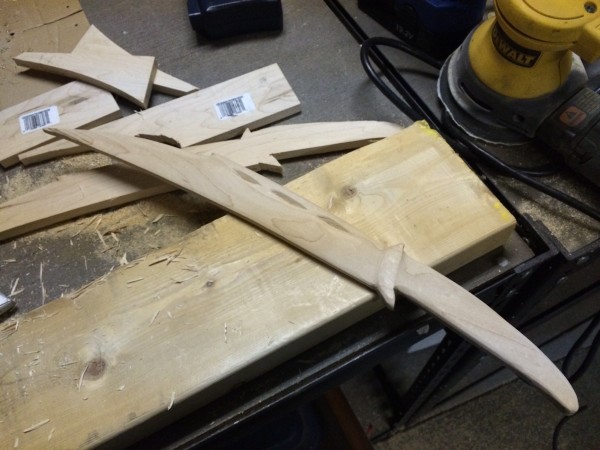 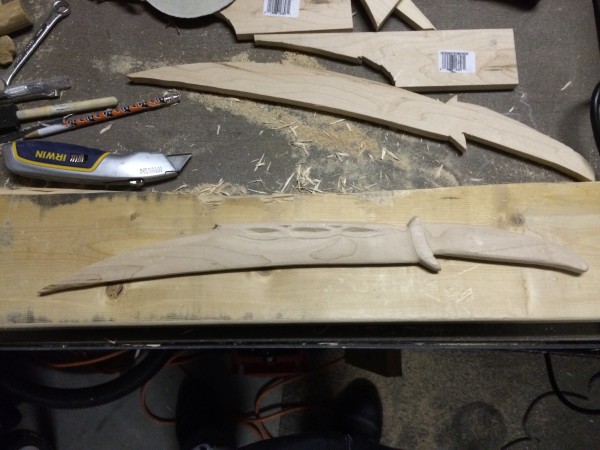 Finishing out the details of the dagger. 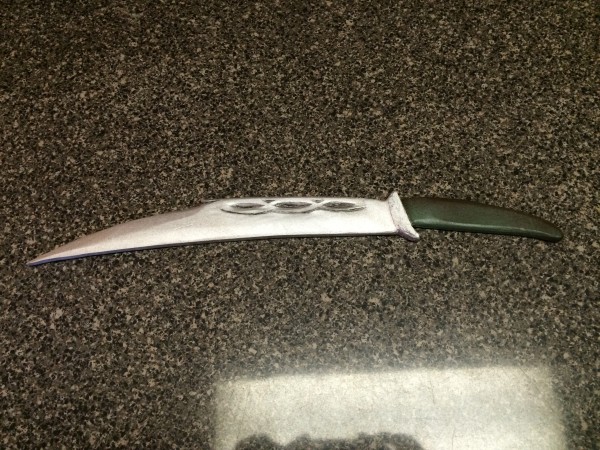 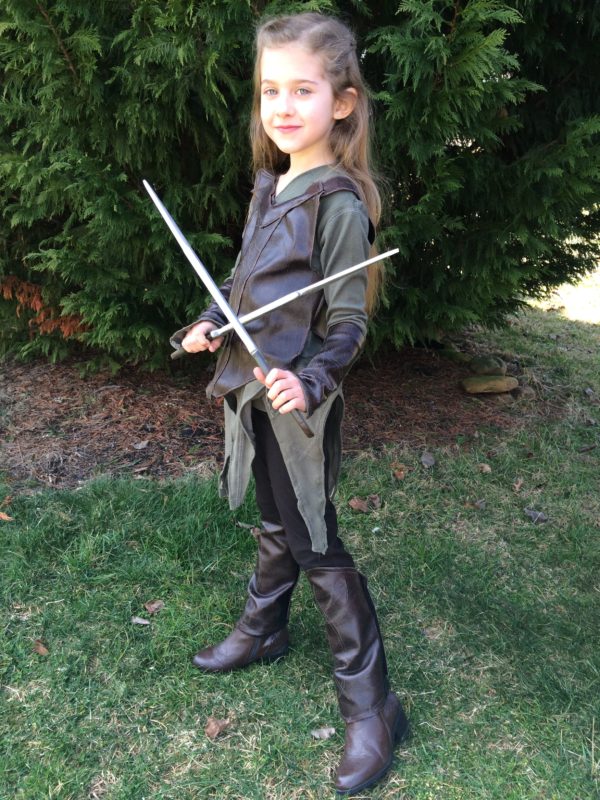 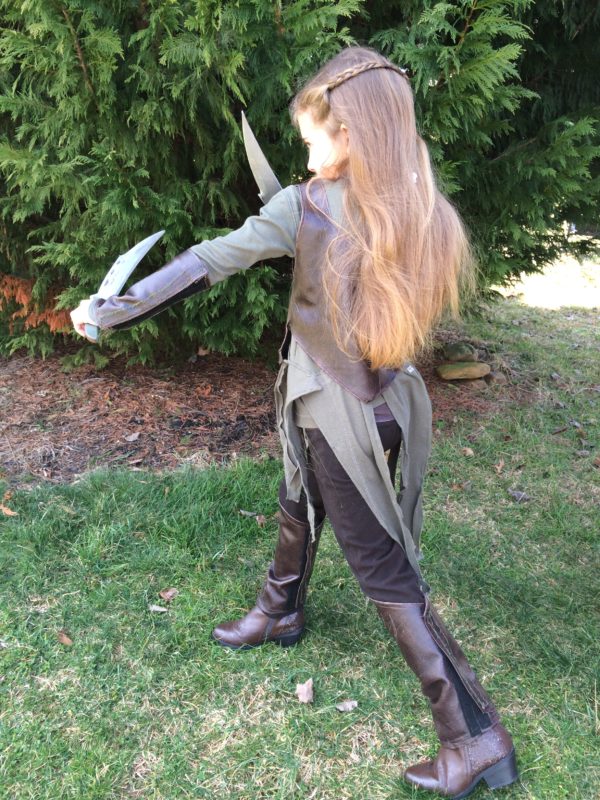 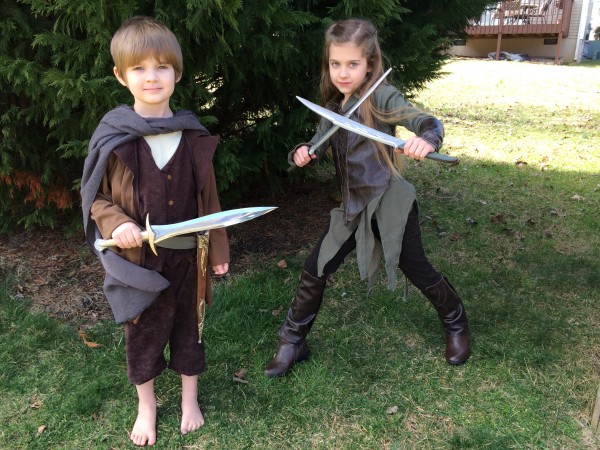 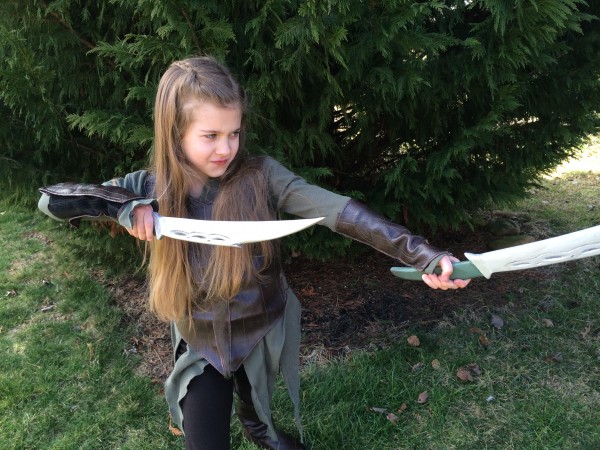 *My kids have never seen any of the Hobbit or Lord of the Rings movies. They’re still pretty terrified to even watch Disney movies right now. But we have read all the books together.

Here’s some additional pics of my son’s Frodo costume.