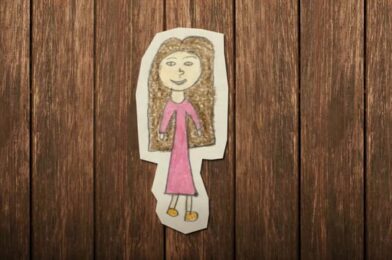 My wife was having dinner with a friend, and while the kids and I ate supper without her, I had an idea for a birthday video for my wife. The only problem: her birthday was the next day.

I explained the premise to my children, and once we cleaned the table, my two oldest kids began illustrating the characters, and I sat down to formulate a script. 15 minutes later, the script was finished. Ten minutes after that, the illustrations were complete. Next, we recorded the vocals on my iPhone (mostly in the utility room – lots of sound dampening clothes hanging up to block the noise of the twins). Everything was going exceptionally well – my six year old’s monster drawing was a perfect fit, my nine year old daughter nailed the script after just one read through, and the twins were contentedly coloring.

After just a few minutes, we had all the major pieces we need to pull the video together.

We took a break to play before putting the twins in bed, and afterwards I started “cutting out” each of the illustrations in Photoshop. Another break to tuck in the big kids, then I took a minute to do vocal sound effects. I wasn’t sure how the sound effects would work, but I think they add a lot of fun to the piece. I have exactly zero experience with layering sounds, but the audio came together nicely.

After that, hours of animating video in After Effects. By 5:45 am, I was ready to render the video and pick up some milk for breakfast.

I love how the project turned out – almost exactly like what I had in my mind.

But the best part was Keri and the kids’ laughter when they saw the the video later that morning. 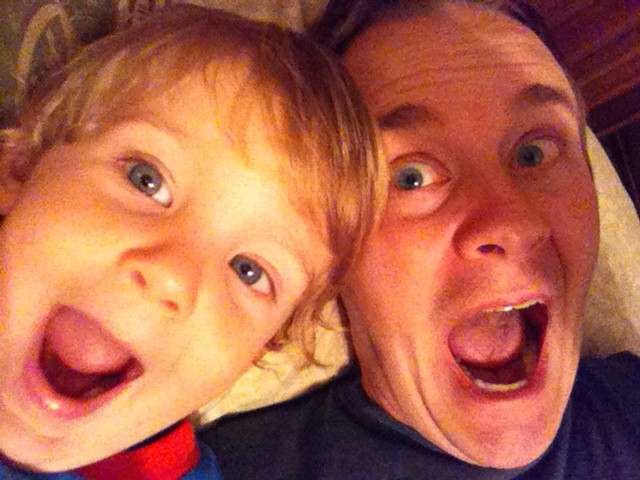 It seems that our nation has this one figured out pretty well already, but just in case you’ve missed it, here are nine ways to ruin your kids:

Just in case you missed the related posts: 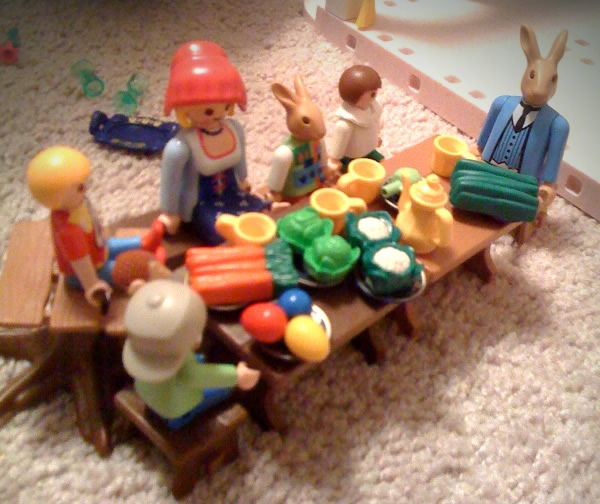 The cold days have kept us indoors, but that hasn’t stopped us from having fun times together.  The photo above is from a party my daughter put together a few weeks ago.

I’m was seated at the bottom left (the backwards cap got me in a little trouble).  Good times were had by all. 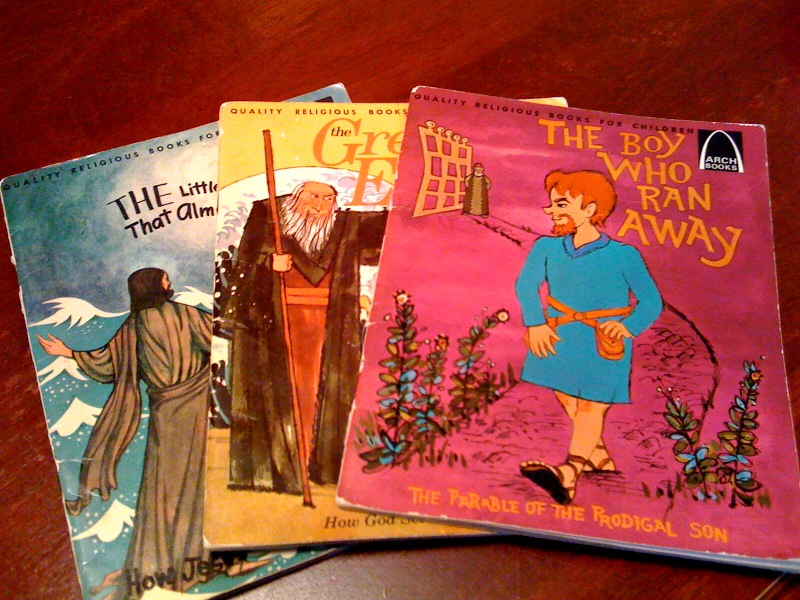 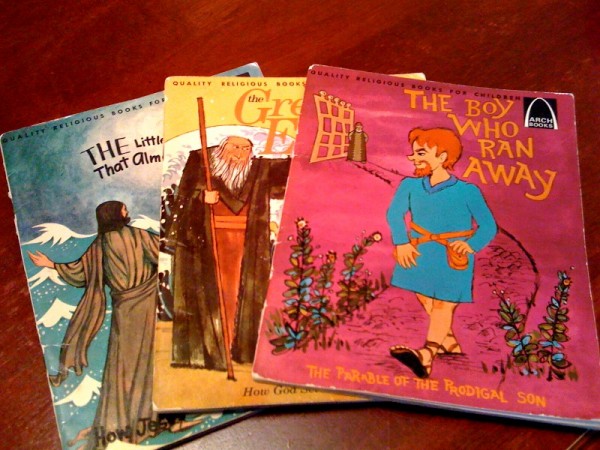 Oh, I love my kids! I love how they are growing and learning, and I love that I get to help direct their lives to Jesus and living for Him without reservations.

One thing that I’ve discovered is that it’s a little bit hard to come by resources that are really great for helping my kids learn about the Bible. Either the stories tend to be poorly written, miss the point, or have lame illustrations. Fortunately, Keri has a collection of books that she and her siblings grew up reading, and they’re fantastic. I don’t personally know about newer editions, but these 1966 Arch Books are my favorite. I read one with the kids every night.

Anybody else have kid resources that you’d recommend for teaching about Jesus and the Bible? 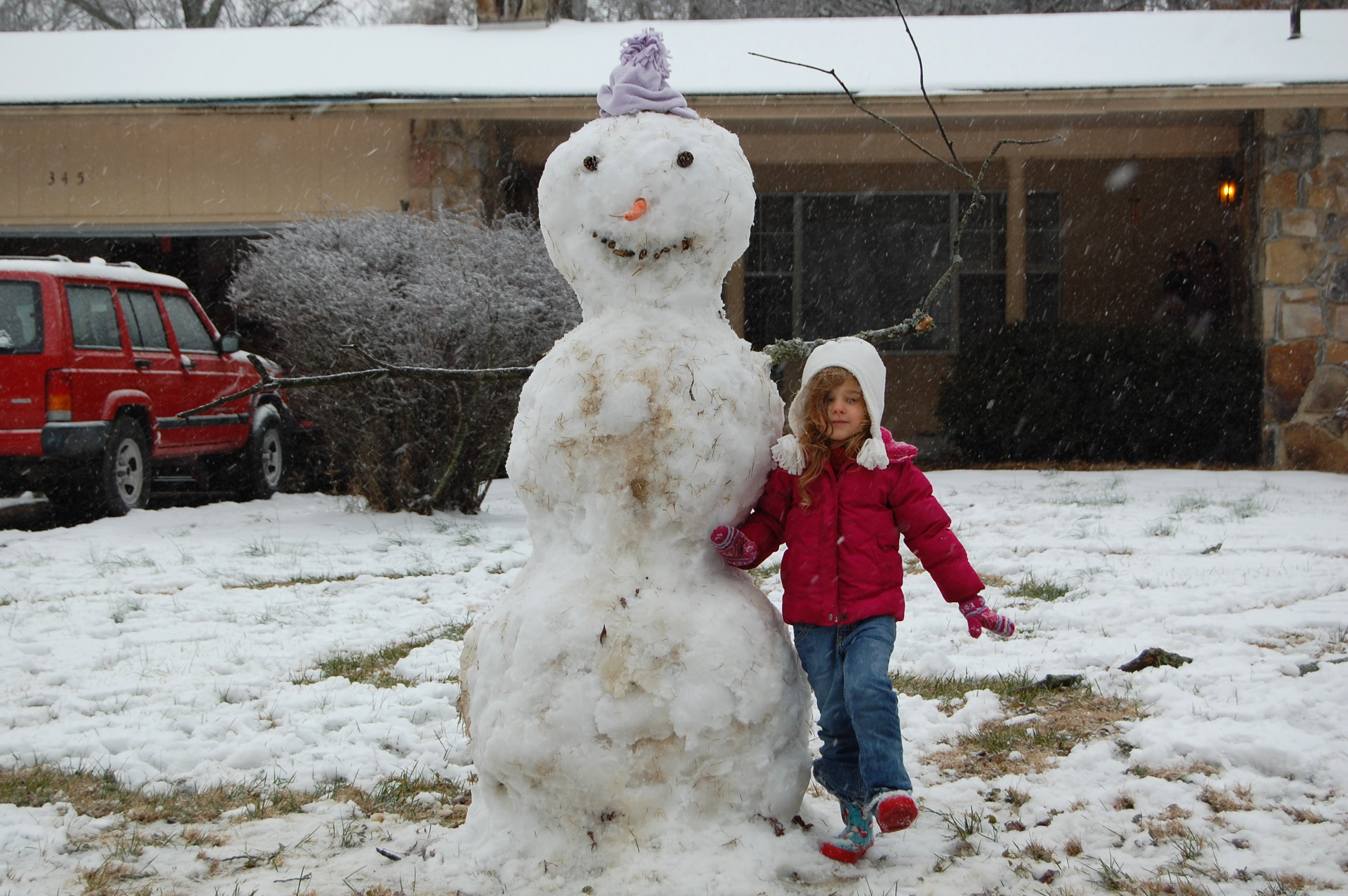 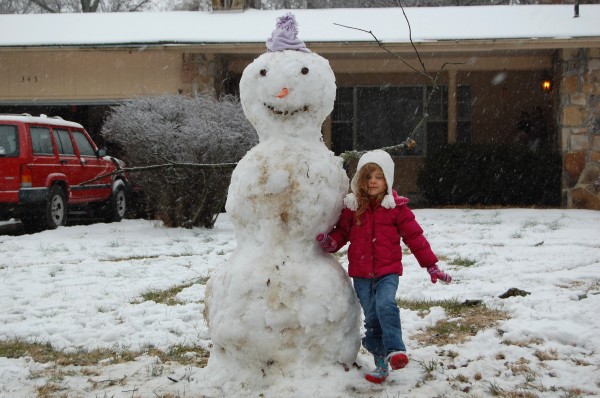 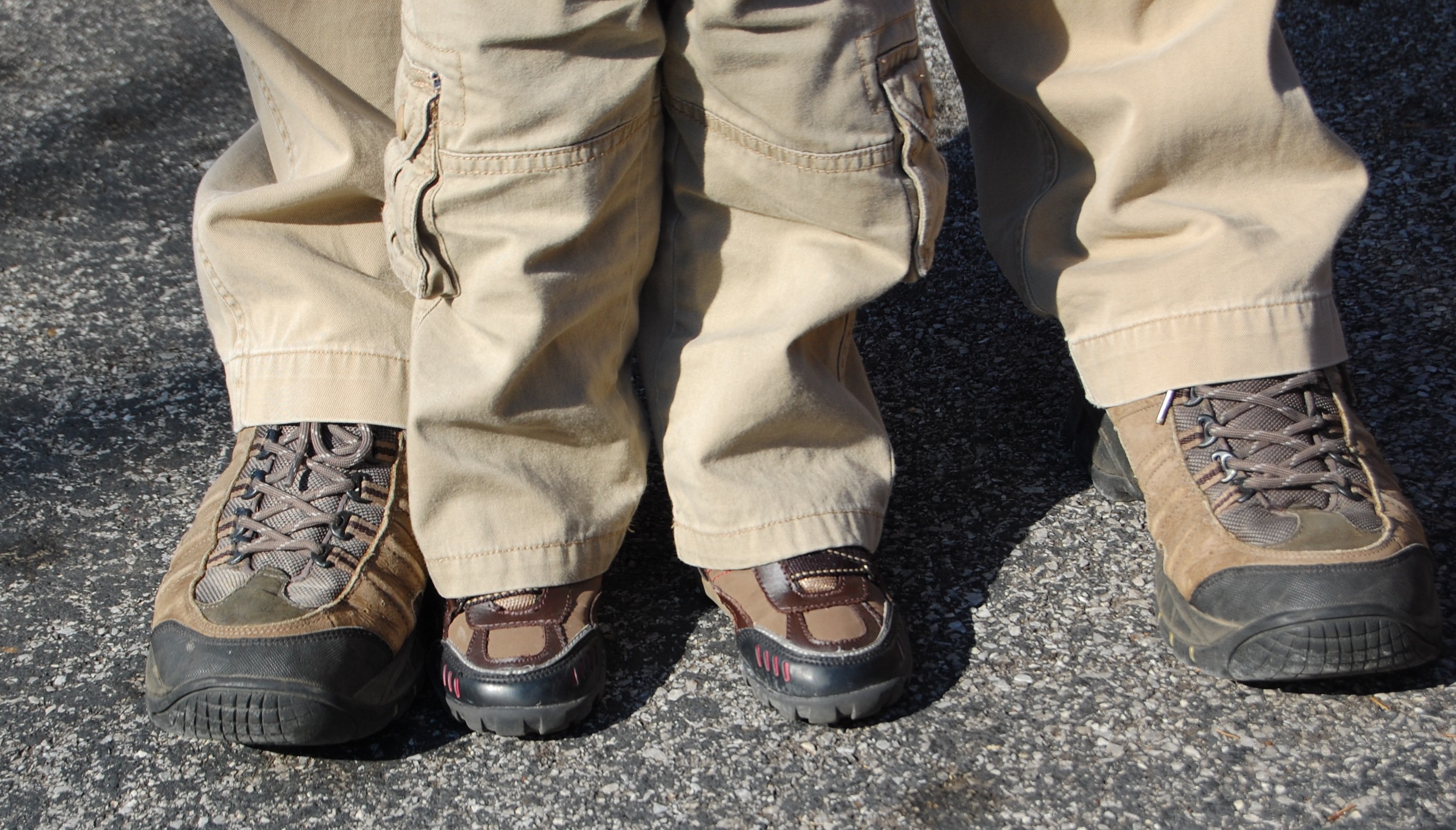 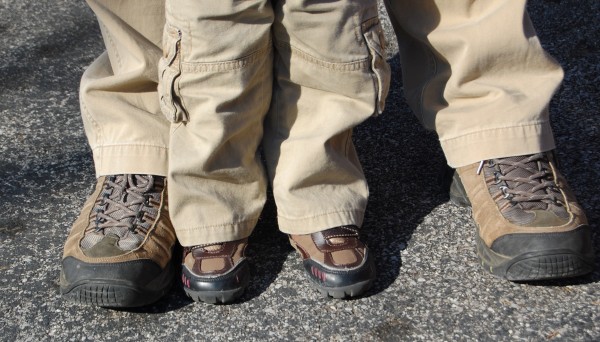 Yesterday I woke up feeling pretty terrible, and I spent most of the day shivering while wrapped up in a fleece blanket.  But before that, we managed to take a visit to see some newborn lambs at the farm where Keri’s sister works.

Just for the record, baby lambs are even more cute than you might think. 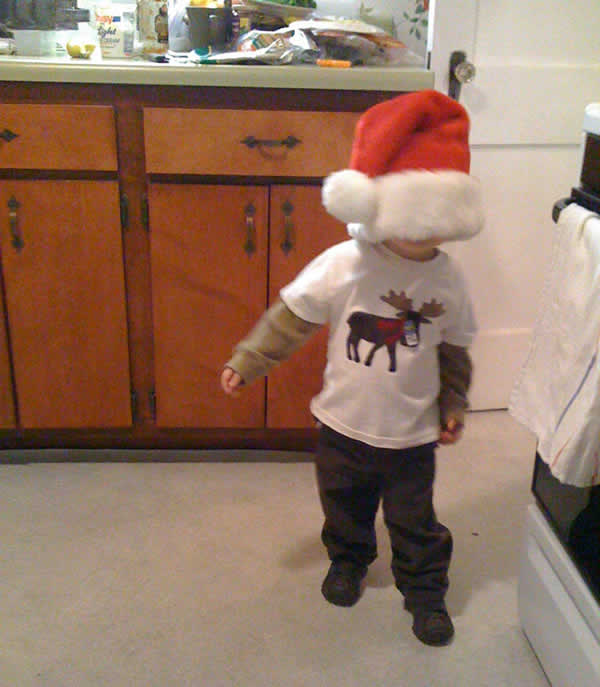 I would have never guessed that having kids would be so entertaining.  :) 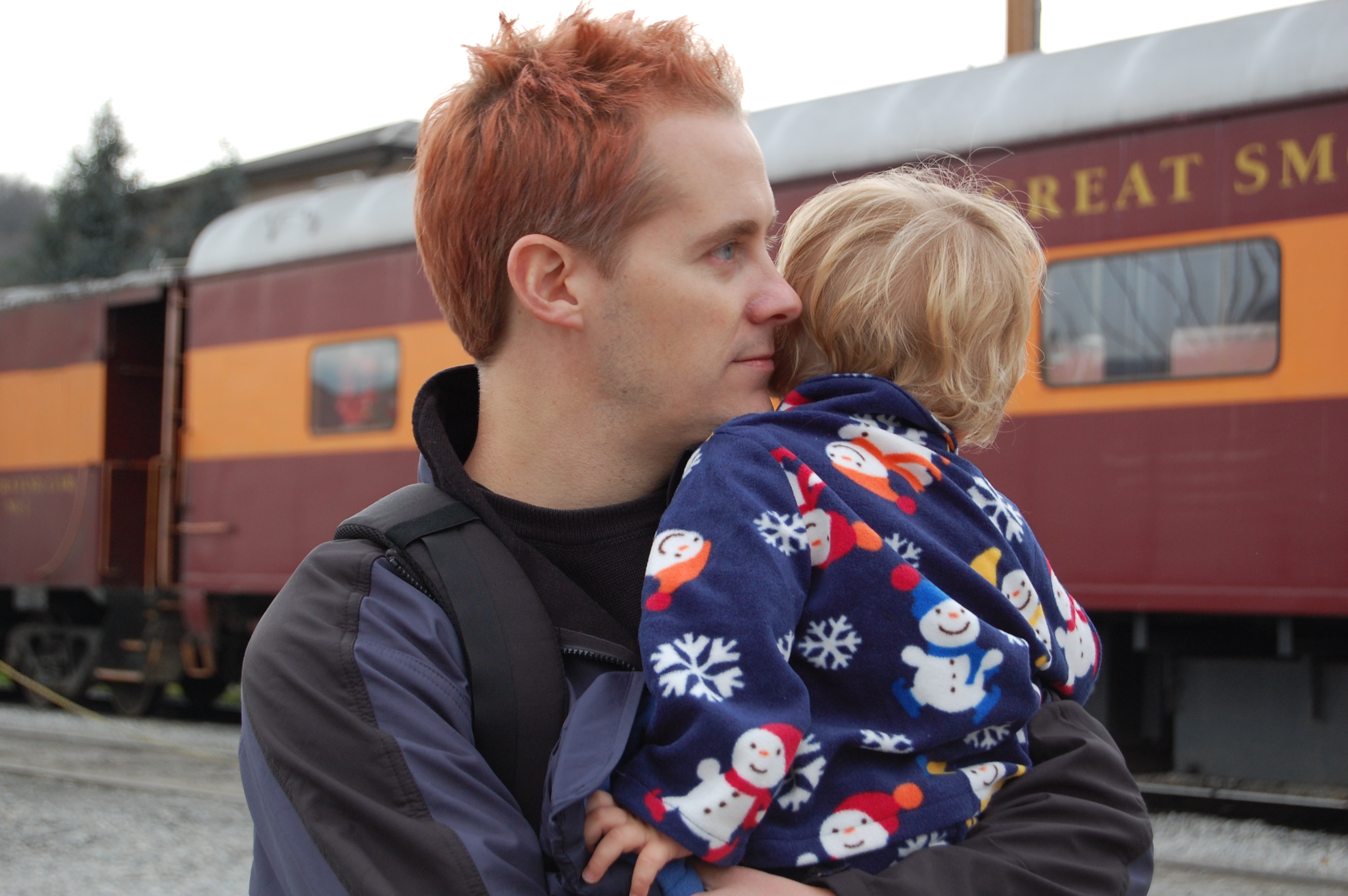 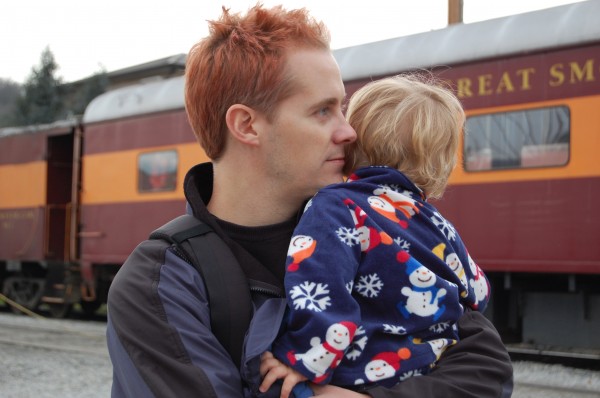 My wife is an amazing photographer, and I love this picture that she took of me holding my son while we waited for a train. 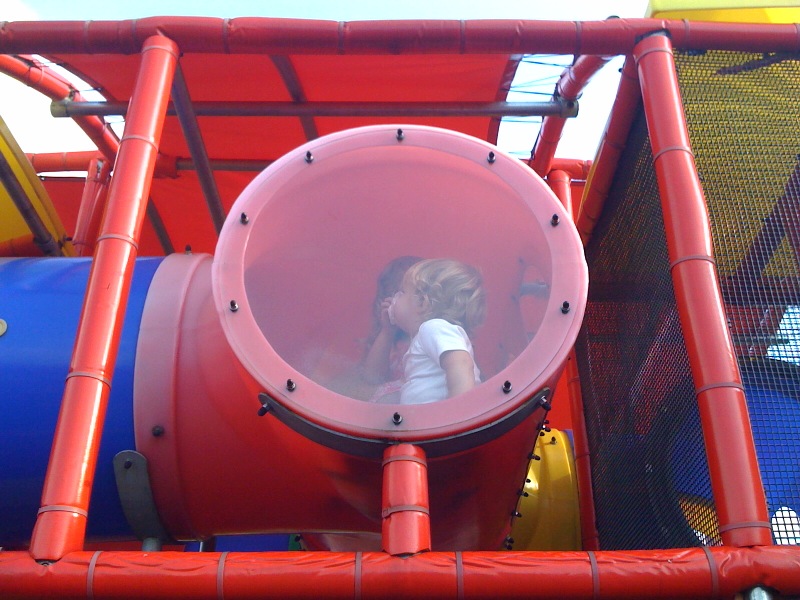 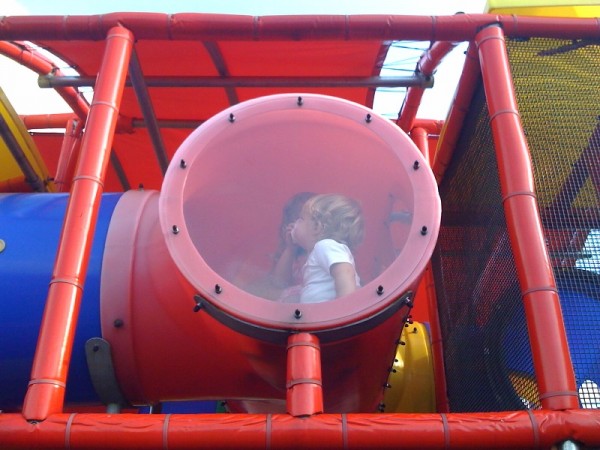 It’s a little bit difficult to tell from the photo, but at my request, my daughter took the time out of her playing at Chick-fil-A to wipe her brother’s nose.

What did people ever do without camera phones to capture these moments?