This is the second part in a multi-post description of my recent visit to Israel. To start from the beginning, go here.

Next up was the ruins of the city of Capernaum (map) on the northern shore of the Sea of Galilee. This is the town where several New Testament stories take place, my favorite of which is the story of the four guys who brought their paralyzed friend to Jesus by digging a hole in the roof. In my photos you’ll notice a very modern (spaceship-looking) Catholic church structure that was built over the ruins that some believe was the home of Saint Peter. Biblical mentions of the town of Capernaum >> 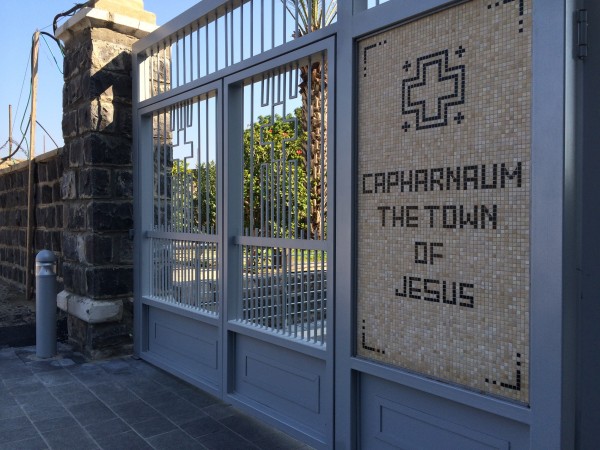 The ruins of the ancient city of Capernaum. 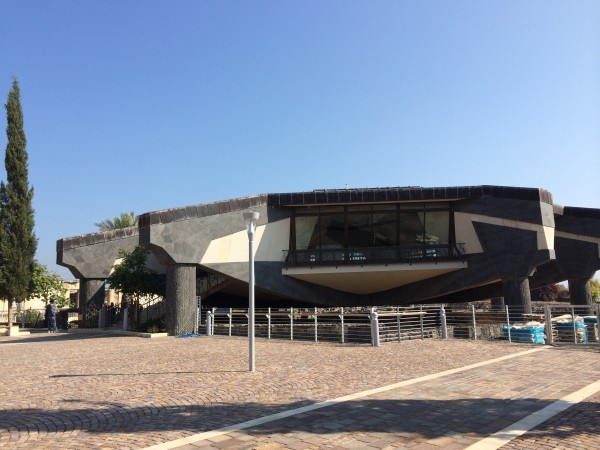 The Catholic church building built over the ruins of the tiny room that might have been Peter’s house. 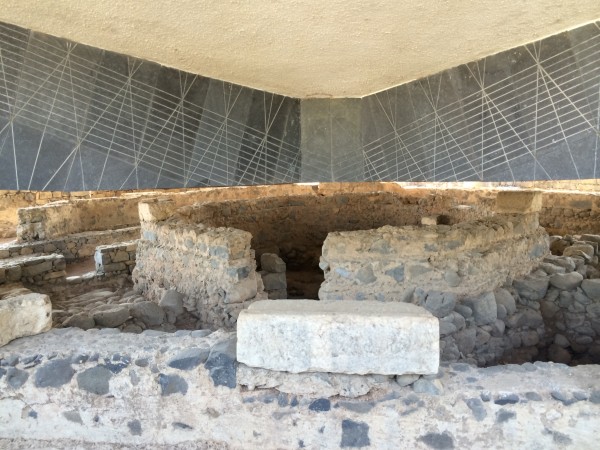 The tiny house under the Catholic church building. 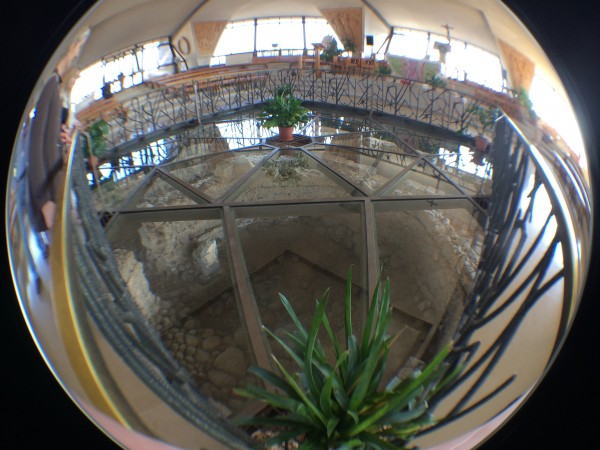 Fish-eye view from the inside of the Catholic church. You can see Peter’s house through the window in the bottom of the church building.

Here in Capernaum there is also the rebuilt ruins of a Jewish synagogue (the white structure). The Bible mentions Jesus teaching in this synagogue at the beginning of his ministry and that the people who heard him were amazed by his teaching. 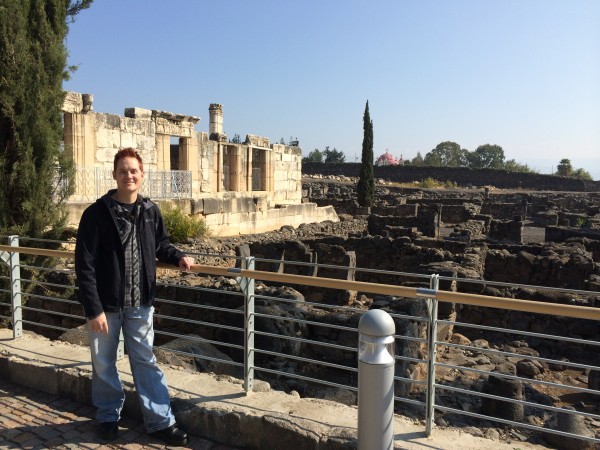 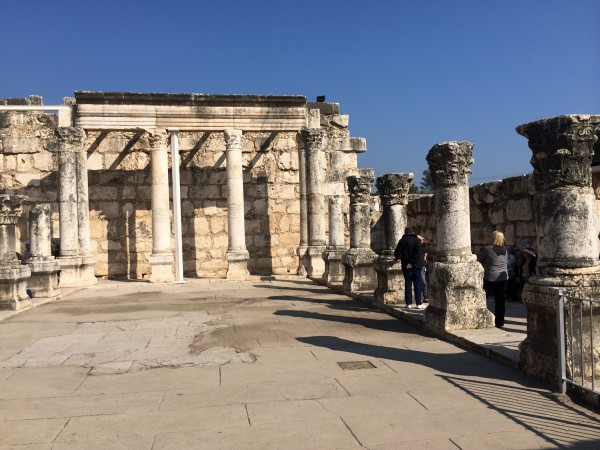 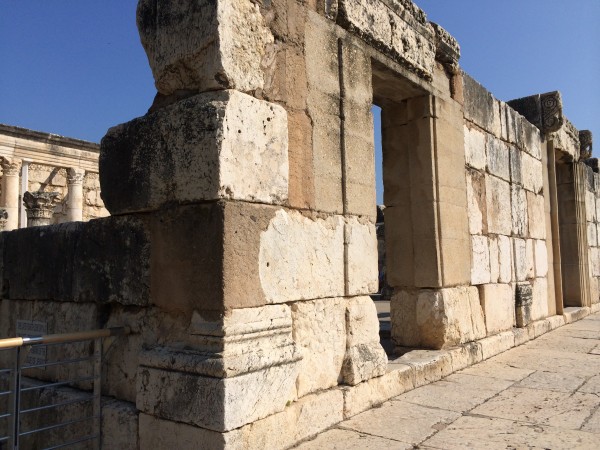 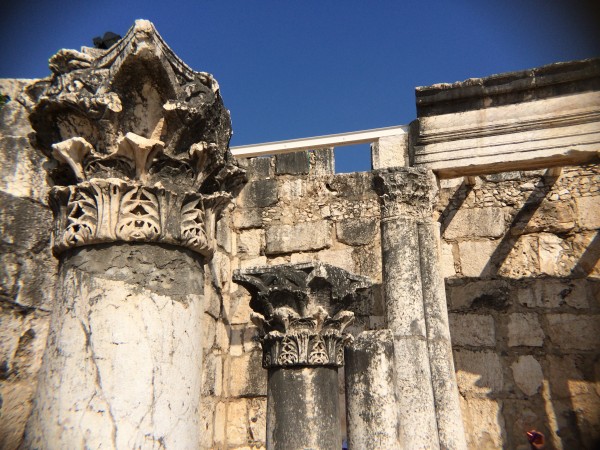 These ruins are just a few yards from the shore of the Sea of Galilee. We did some of our filming here on the shore. 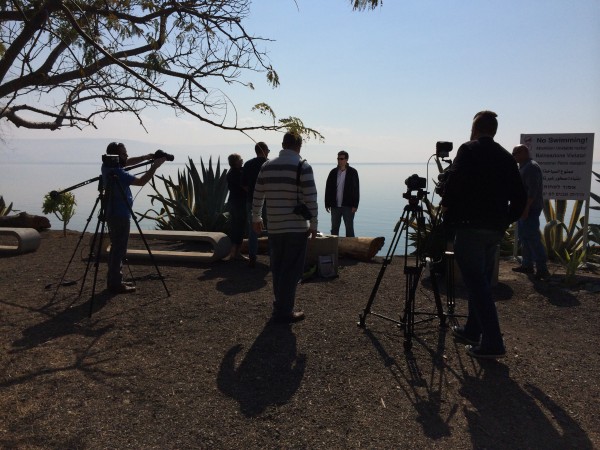 Chad Funk looking out over the Sea of Galilee. Still a little bitter that it’s not me in this pic. ;)

We left Capernaum and headed to a nearby location that might have been the place where Jesus preached the Sermon on the Mount. There we did some additional filming and marveled at the bananas. 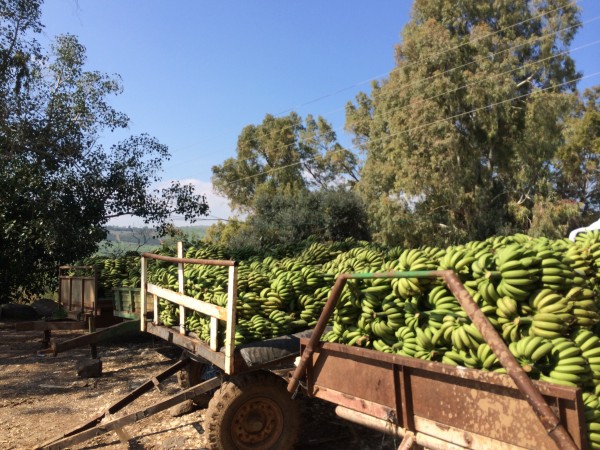 The view is looking back south. Everything here is much more lush and green than I ever imagined. 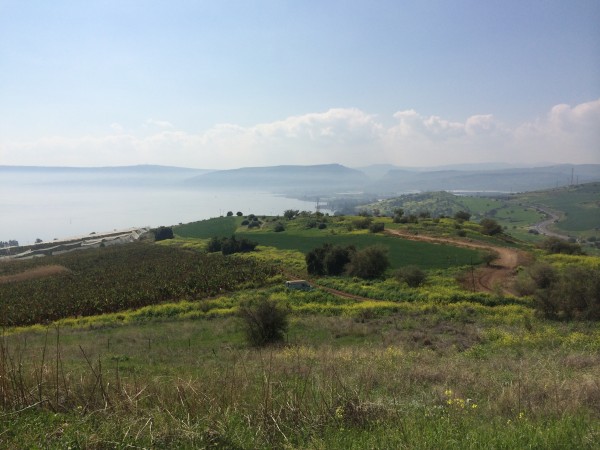 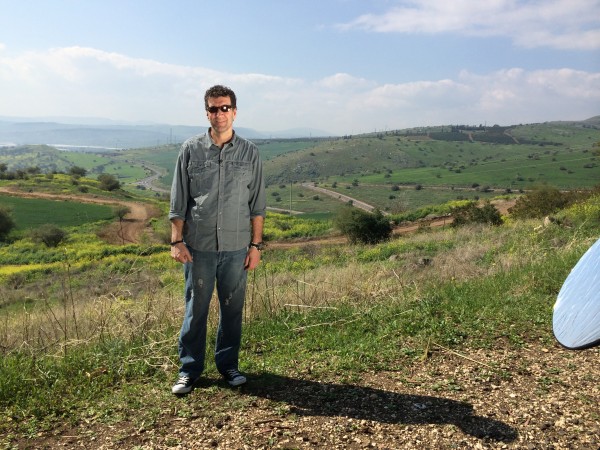 One of my favorite jobs was to hold a reflector and shine some light on Pastor Chris. I know it was blinding for him, but it sure looked nice for photos and video. 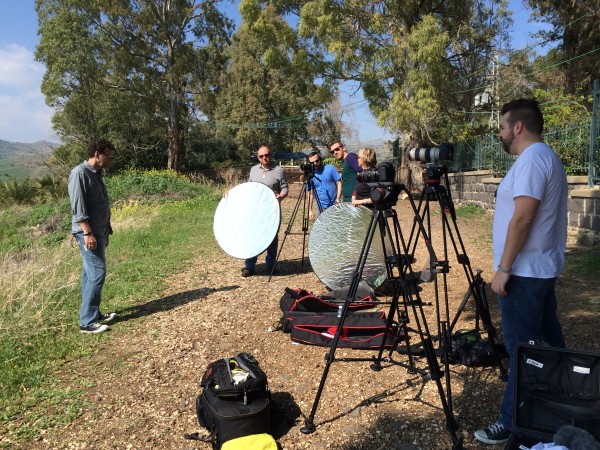 Pastor Chris taking a break from the reflectors. He had borrowed Justin’s shirt for a wardrobe change. :)

After we finished filming, we packed into our van and headed to Nazareth, the hometown of Jesus. Biblical mentions of Nazareth >>

Specifically, we spent our time at a location named Nazareth Village, a small village built to look like the biblical town. It was a perfect place to shoot video, and they also had screaming fast wifi, which was a plus. :) 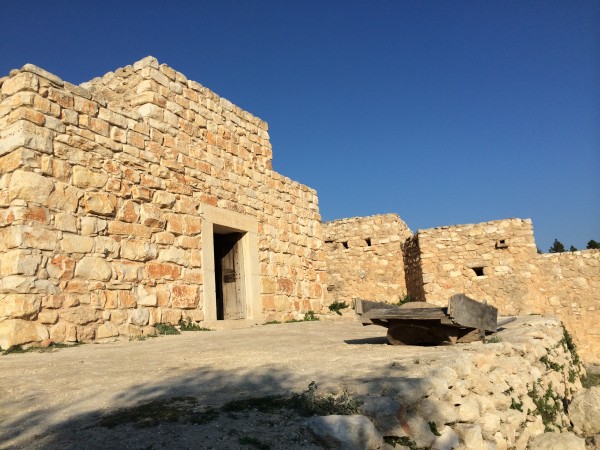 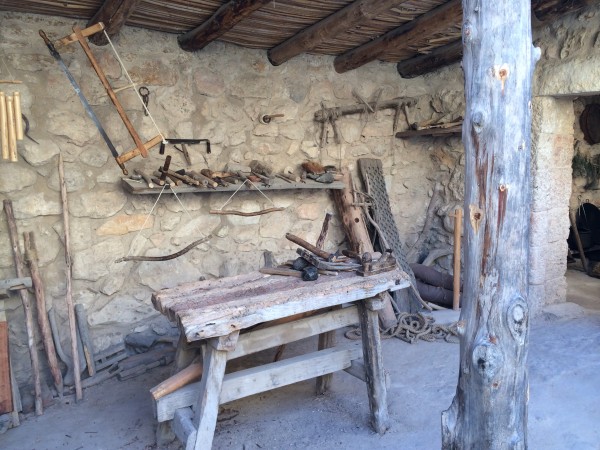 The Bible tells us that Jesus’ father, Joseph, was a carpenter. His workshop area might have looked something like this. 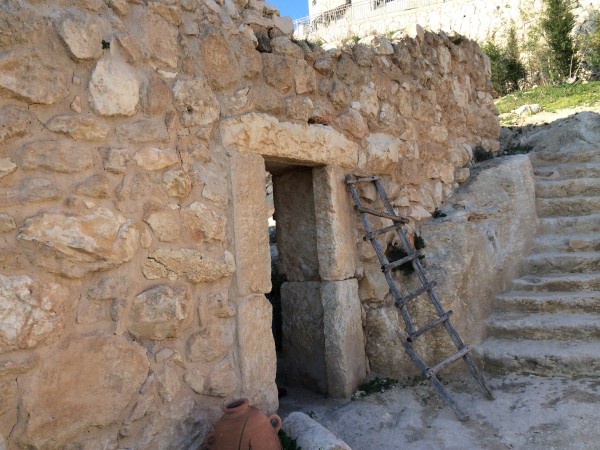 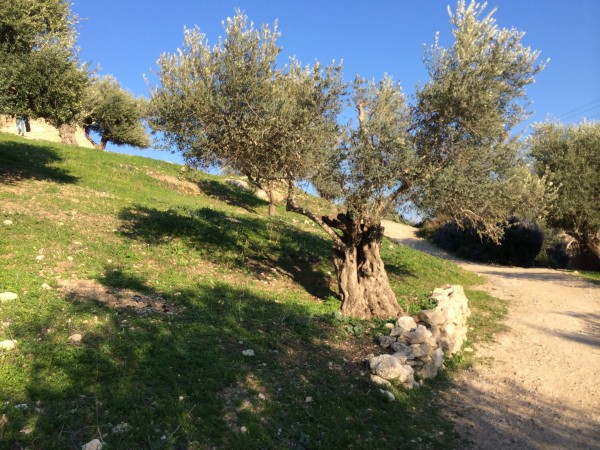 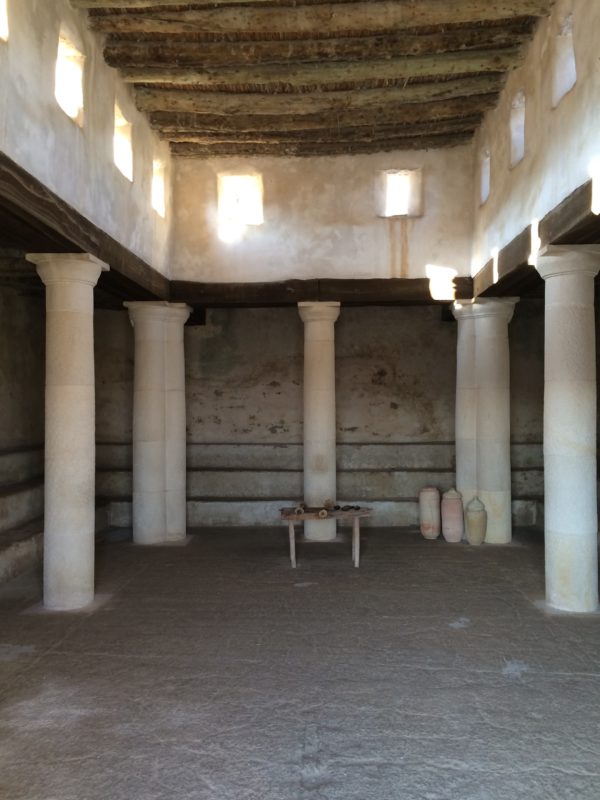 Inside the replica synagogue. It was in the synagogue in Nazareth that Jesus read the Isaiah scroll. 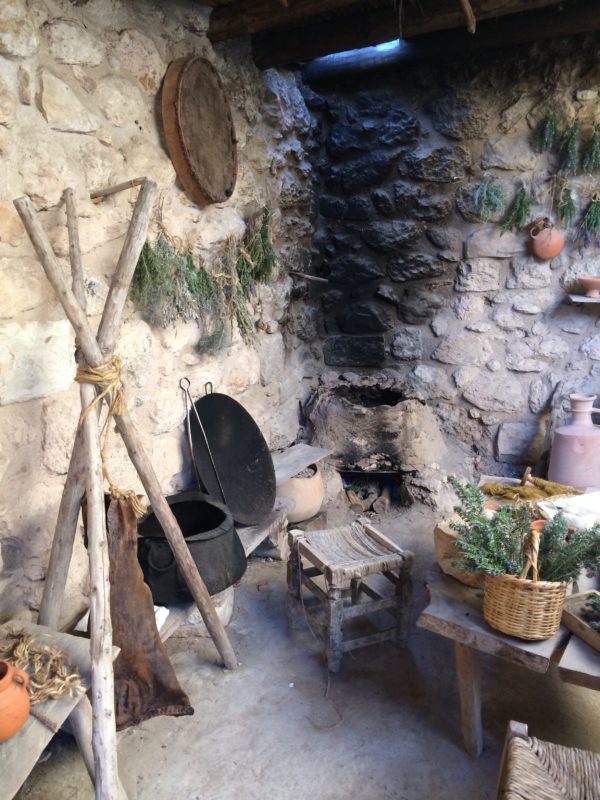 Reconstruction of a typical home. 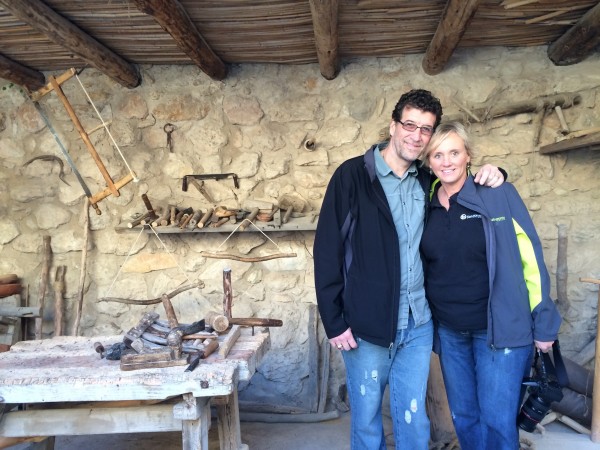 I love this pic of Pastor Chris and his wife Michele. 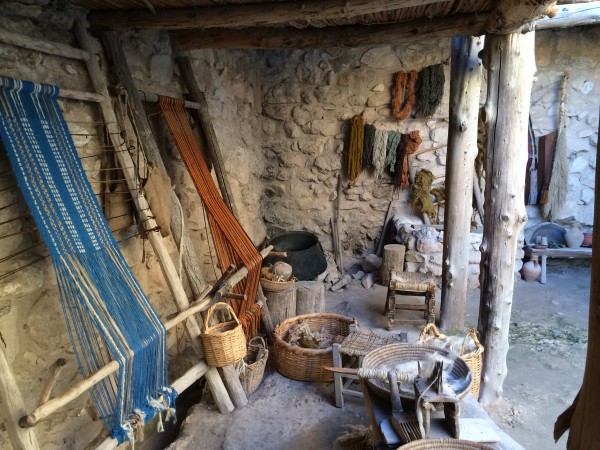 We had paced our day well and managed to hit all the stops on our inventory, so we started the drive towards Caesarea Maritima on the coast of Mediterranean Sea. 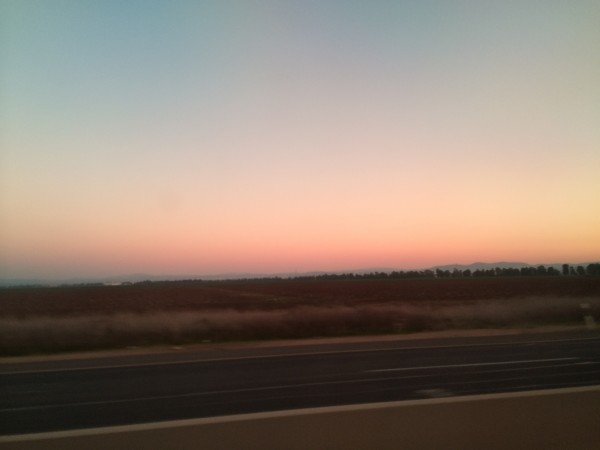 On our way we passed through the Jezreel Valley and Megiddo which is also called Armageddon. It is the location mentioned in the book of Revelation as the place of the last battle. The photo above is fairly plain, and we didn’t stop, but this was one of the most emotionally moving parts of my trip.

This is place where it all goes down. This is where King Jesus will set everything right. 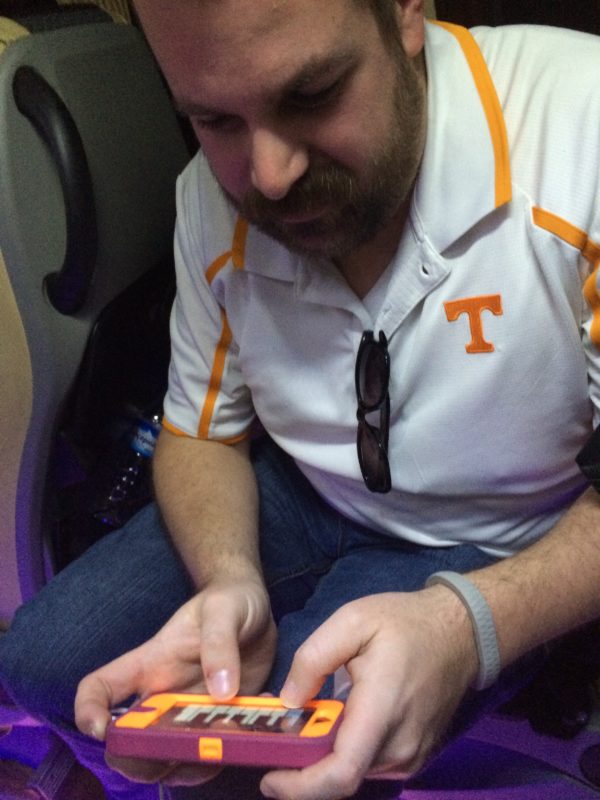 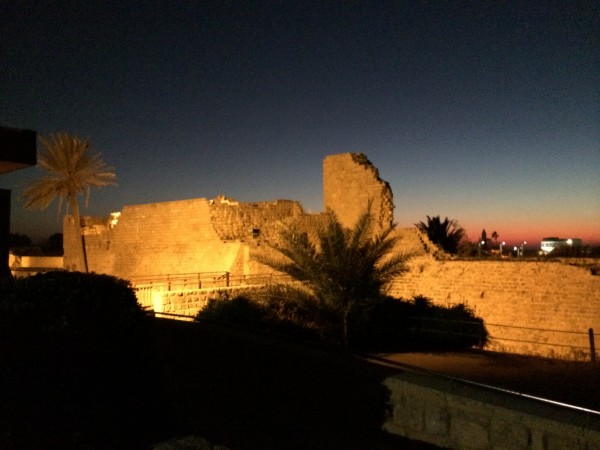 We arrived at Caesarea Maritima just after the sun had set. This city and harbor was built by Herod the Great, and it was the location where Peter visited and baptized the Roman Centurion and his family. This is not the same town as Caesarea Philippi.

Everything was closed up. Still worth the drive. 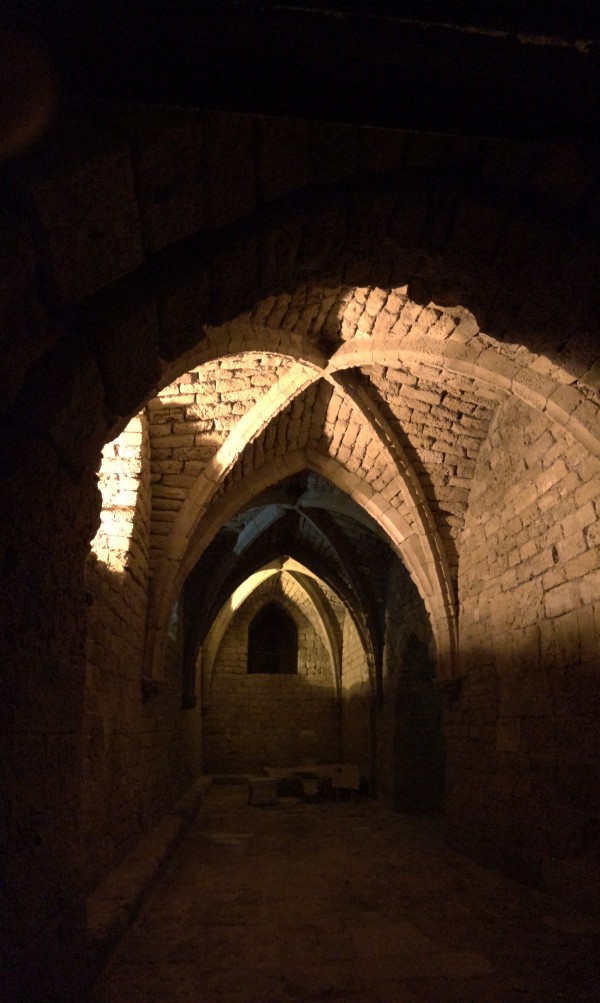 On our way to Jerusalem and the little town of Efrat where we slept for the next few days, we stopped for some pizza and gelato along with our first excellent discussion about Judaism and Christianity with a devout Jewish leader who had helped to plan our trip. 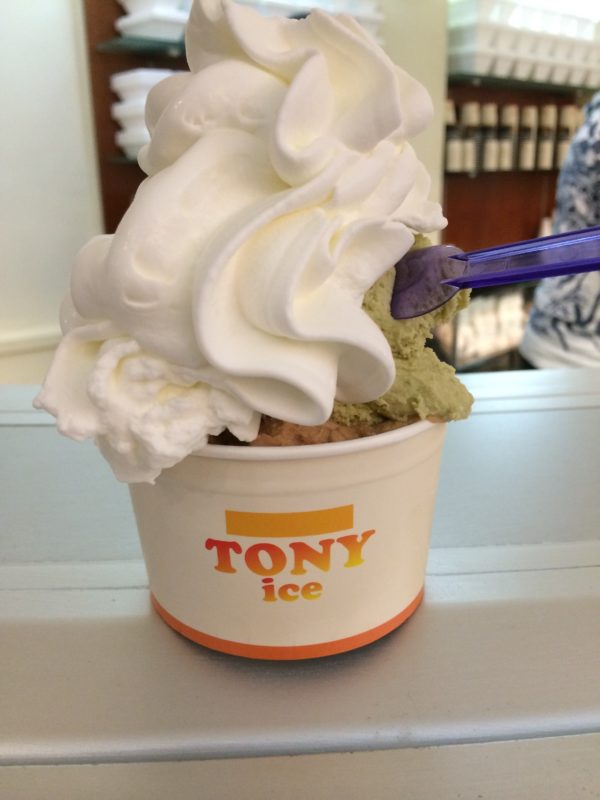 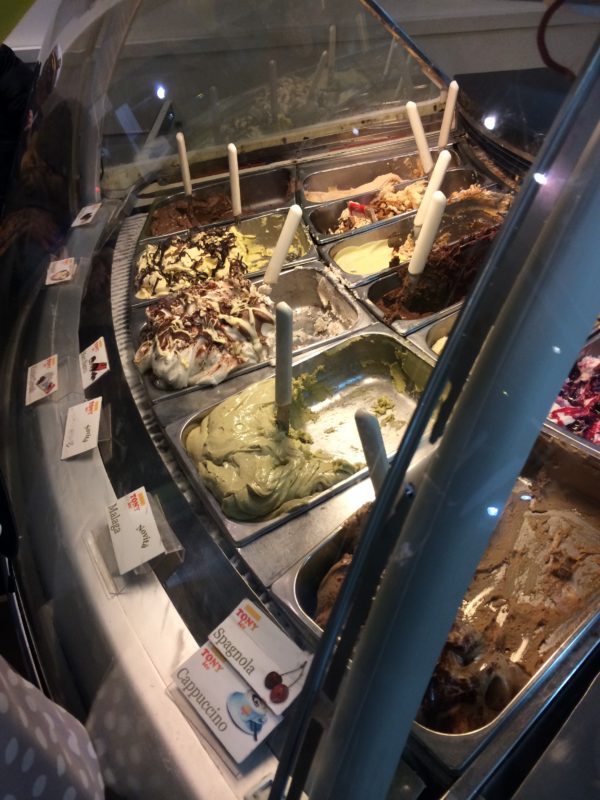 Jet-lagged and tired from lack of sleep, we finally stopped for the night in the small town of Effrat. That’s where we’ll pick up on our third day in Israel. (Part 3)

One thought on “My Visit to Israel (Part 2)”